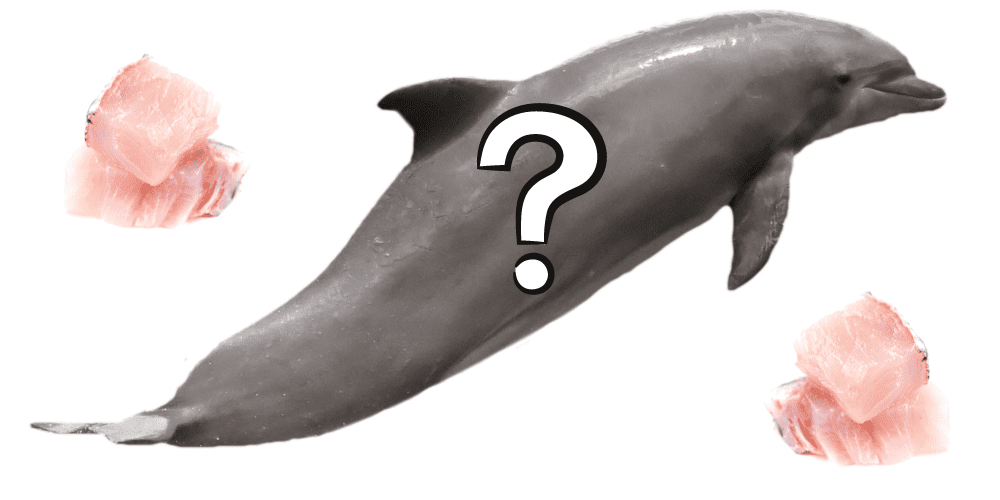 In many places (particularly in the United States), it is taboo to eat dolphins. Perhaps because of its permanent smile or being brought up watching Flipper. But taboo or not, one does tend to wonder: what does dolphin meat taste like?

Dolphin meat tastes like beef liver with fishy undertones, sharing a gamey but somewhat sweet taste. Due to mercury content, some say it has a metallic flavor in its aftertaste. However, its taste is easily manipulated as the meat quickly absorbs the flavors of whatever it’s cooked with.

For many people, the mention of eating dolphins provokes similar reactions one would expect from the statement of eating dogs or cats. Some of us can recount a time when there was a possibility of there being dolphin meat mixed in with canned tuna.

Those fears were quenched back in 1990. Tuna companies agreed to establish standards to better weed out mistakenly caught dolphins that would wind up in the tuna catch and refrain from dropping nets near popular dolphin-active areas.

These actions were merged into the “Marine Mammal Protection Act” and entered into the act as the Dolphin Protection Consumer Information Act” toward the end of the year. Ever since, there hasn’t been any genuine concern about blending the meats, at least not like before the 90s.

Why Dolphin Doesn’t Taste Like Tuna (Or Other Fish) Sea mammals have a much different taste and consistency than creatures classified as fish, though they share similar diets and habitats. Dolphin meat is said to have a slightly fishy taste but doesn’t all-out taste like fish. It is compared more to beef than to fish in color, texture, and taste.

Being a marine mammal, it’s automatically different from fish from the inside out, and this is true with any seaborne mammal, including whales. Whales are said to have a unique taste compared to other seafood.

Marine mammals overall wind up having a red meat-like taste rather than fish. In the case of dolphins, they taste more like a beef organ, the liver.

What Do You Call Dolphin Meat? There is something that has to be made clear before proceeding with this section. Food out there is made from the dolphinfish, called mahi-mahi. Dolphinfish are in no way related to the mammal dolphins but are strictly a type of fish.

Real dolphin meat has different names depending on the country and the dish it serves. People who still eat dolphins in areas of Taiwan refer to it as “ocean’s pork.”

Because it is illegal to sell dolphin meat in Taiwan, it is often left off the restaurant menu, not put on open display in fish markets, and is usually only served to long-time customers.

In other countries with no laws to concern themselves, dolphin meat is on the menu, called “chancho Marino” or “sea pork.” Occasionally, dolphin meat is served with herbs and spices such as sashimi. There have been civilizations eating dolphin meat since the very beginning, some of which continue to do so in scattered areas worldwide. Whether or not they’re good eating is more of an opinion rather than a statistic or hard fact.

Were it not for potential contaminants that plague large marine mammal meat, it could be said that dolphins are good at eating. Some would argue that it’s better marinated than plain, which is just as good for the body as land mammals.

If we were to agree that dolphins are good at eating due to the health benefits of the meat itself, it should also have the caveat of “in small quantities.” The following section will reveal why.

Is Dolphin Full of Mercury? Dolphin meat contains dangerously high levels of Mercury. Though people still eat it in some places, it is a risky meal.

According to studies performed by Dr. Tetsuya Endo of Hokkaido University, bottlenose dolphins have been found to contain Mercury at levels reaching 100 ppm (parts per million). Most government health standards do not exceed 0.4 ppm.

That is an enormous amount of Mercury to consume, and the problem is that there’s no telling what an individual dolphin’s mercury content might be. It’s not the same from individual to individual.

To get a better idea of what that means, mercury levels in dolphins can range between 20 to 5,000 times more than recommended by the WHO (World Health Organization)! That is an enormous spread in numbers and can’t be judged by the naked eye of a hungry customer.

What does Mercury do to Humans?

Mercury can cause a host of physical ailments when consumed through foods that affect the nervous system, immune system, and kidneys. Mercury is an issue for pregnant women, as the consumption of fish and shellfish can pass levels of Mercury into the unborn child, creating developmental problems. The milk a mother dolphin gives would be oily and have a very thick consistency garnished with a fishy odor. Though the milk has a yellow undertone, its color is primarily white, like milk we’re familiar with.

Due to its consistency and odor, it would be safe to say that it would have an oily, fishy taste. Heavy fat content is the reason for its thickness, and the milk has no sweetness (by milk standards, anyhow).

Can you Drink Dolphin Milk? Drinking dolphin milk is not recommended. Though polychlorinated biphenyls (otherwise known as PCBs) were slowly done away with throughout the 80s, large marine mammals such as whales and dolphins remain contaminated.

PCBs remain in the systems of these animals for the entirety of their lives, which can be between 40-50 years for dolphins and 100 years or more for whales. Transferal of this chemical can keep on cycling through generations of sea mammals, as PCBs are transferred through the suckling of mother’s milk.

So, if someone were (for some odd reason) compelled to swig down a glass full of dolphin milk with their cookies, they’d be dosing themselves with high concentrations of toxic PCBs.

How are PCBs Harmful to Humans?

Increased rates of several forms of cancer and melanomas have been detected in people exposed to PCBs. The body does not expel it from the body, so it accumulates inside our fatty tissues.

The cancers related to PCB exposure are breast, brain, gastrointestinal, liver, gall bladder, and biliary tract. It can be taken into our systems through the air, but these days, it is more common to consume them through what we eat or drink.

By consuming dolphin milk, you significantly increase the chances of bringing back a dangerous chemical that has been fizzled out back in the 80s and introducing it to your system. Not healthy. Most countries have stopped the practice of eating dolphins while simultaneously making it illegal to either consume or sell them on the market. In some cases, such as in Taiwan, legalities have only created a black demand for dolphin meat.

But a few countries still openly sell dolphin meat, the most common of which is Japan, followed by Paraguay. You can purchase fresh or canned dolphins in either of these countries.

Though it is still legal and plenty of people continue to consume dolphin meat in these countries, the demand has been continuously downtrend. This is particularly true in Japan, as processors of the meat and dolphin meat distributors have closed down because of the lack of demand.

Is it Legal to Eat Dolphins in the United States? The United States has no shortage of weird or taboo foods. Snakes and alligators are a couple of examples of this. There are exceptions, of course, but generally, if it’s safe to eat, Americans will eat it- especially if it isn’t a pet animal (cats and dogs).

Dolphins are under the protection of the Marine Mammal Protection Act. The United States Congress enacted this act in the early 70s and identified dolphins (among other marine mammals) as a protected species.

Because of this, fishing for, selling, and distributing dolphin meat in United States waters is illegal. It’s tough to imagine that not all that long ago, eating dolphins wasn’t too weird of an idea. Long after whales were protected and legal safeguards took shape, people were eating and fishing for dolphins.

Now, after decades of protection, the idea of eating dolphins seems, well, strange. At least, it is to those of us who live in countries where it isn’t on the menu.

Humans always eat other mammals, so what about dolphins makes it such a strange idea?

Is it truly because of their high mercury levels and their concentrations of PCBs? Is it because they’re kind of cute? Or is it because they have a way of communication that people can relate to?

Maybe it’s all of the above.